24H of the Nurburgring

It’s been a couple of months since we returned from this years Nurburgring 24H race and I have realised I have done nothing with my pictures. The fascination with this race started in 2007 when my good friend Perry and me found a video called MAL’S BIG GREEN HELL about a team of Australians who took a Holden to the race in 2006. Since then we have only missed the event once because it’s incredible. 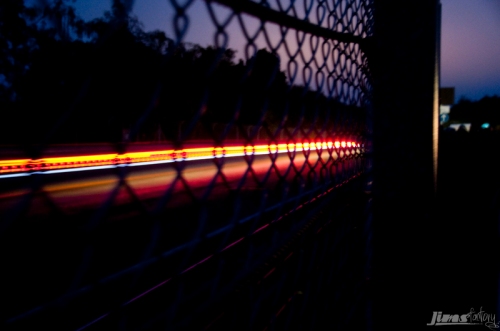 This year we had a group of 6 of us heading over for the race staying in Centre Parcs just outside Kelberg it’s close enough to the track to not be a problem but you can go for a swim when your finished unlike staying in the villages around the track.

Saturday morning arrived it was damp and raining but it was still time to head over to the track get some tickets and have a walk around the grid before the start.

The grid was full of fans but Perry went and found our hero Big Mal who happened to be making a new video so Perry stuck his 2p’s worth in.

As the start time approached we head down the track a little and found a good place to watch the start we even managed to invade the track for the parade laps. 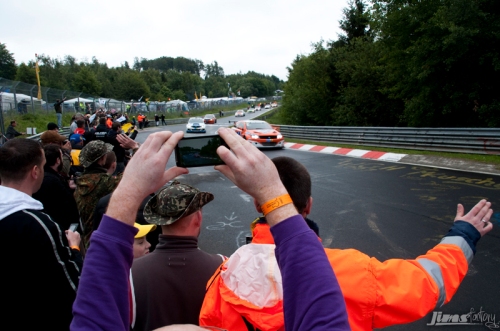 We were soon ordered off the track and the race began. The variety of cars in this race is amazing if the misery of diesel power has put you off Le Mans come to the ring and enjoy some real cars. 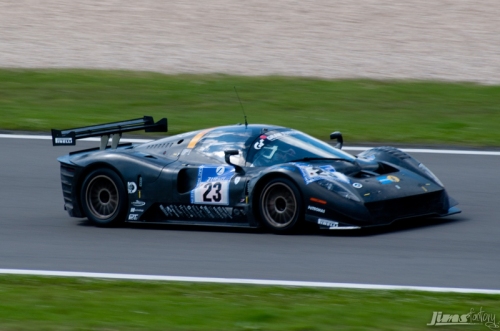 The cars raced into the dark the most exciting place we have found in the dark is the tourist driving entrance on the dottinger straight. You can get so close to the cars as they come past you at full speed. 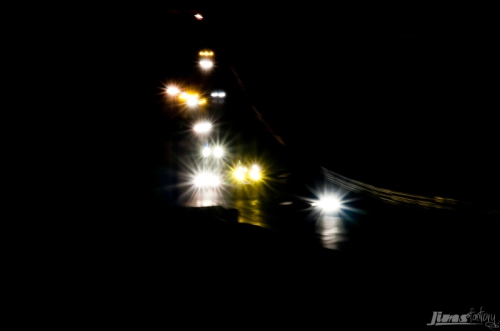 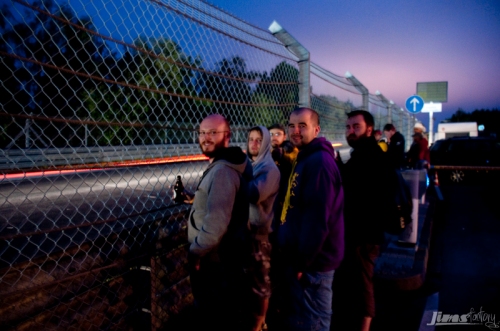 Then down to the Adenau bridge for some more night-time magic. 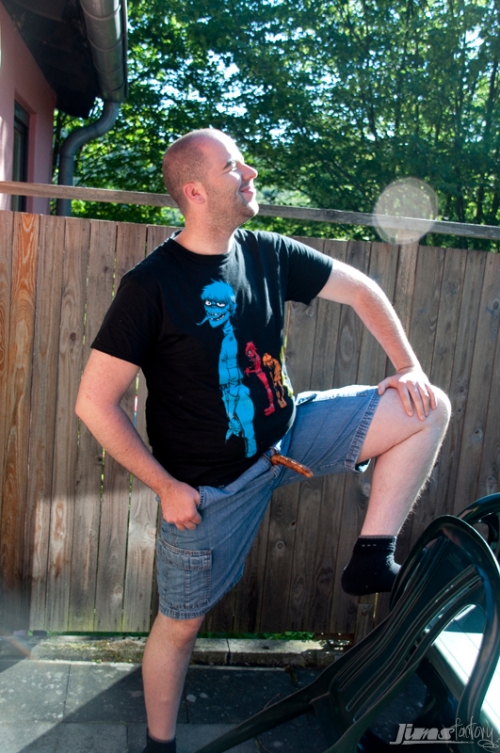 We just relaxed watching the race go by.

Eventually the race came to an end we entered the pit lane as planned it was full of people and teams celebrating the finish.

We positioned our self under the podium to watch the celebrations getting soaked in champagne in the process. 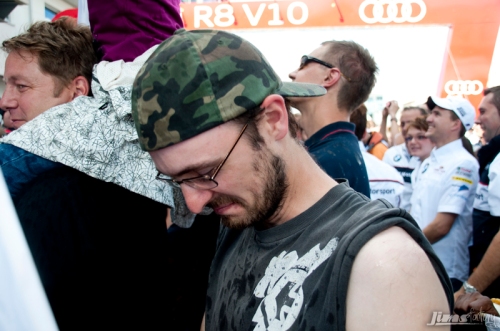 We just time to have a tour of the pits at the end coming across Mal’s broken Holden in the process then it was time to go home for another year.

No doubt we’ll be back again next year so do it all over again.

2 responses to “24H of the Nurburgring”